A visit to seven places of sacred nature 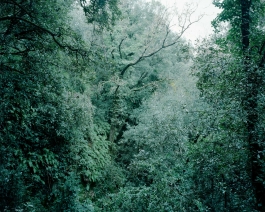 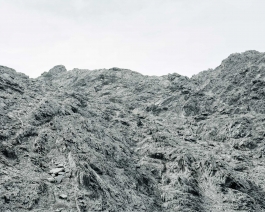 The new project by Argentinian photographer Fernando Maselli portrays landscapes with great telluric burden that have been sanctuaries for centuries and even millenniums. From Garajonay, La Gomera to Cap de Creus, Girona. We suggest a trip to seven symbols of the respect we must feel for nature.

Photographer Fernando Maselli (Buenos Aires, 1978; resident in Madrid for the last ten years) believes that primitive man, in the early stages of the evolution of our species, developed the religious sense from the contemplation of nature, from admiration and communion with it. Particularly, observing landscapes with a strong telluric burden; landscapes that became sacred centuries or millenniums ago, and that we must see as symbols of the respect we should hold for nature. Forests, mountains, valleys, rivers, coasts, volcanoes … that are like gods, and convey such a natural force that becomes supernatural, mingled along the slow and wise evolution of the planet. May these examples, on which Maselli continues researching and adding new locations, be useful to demand respect before embarking on foolish and little reflected adventures; from housing developments to golf courses, uncontrolled logging, wasteful infrastructures and, lately, fracking. This dangerous technique that will make people talk, extracts natural gas from underground wells by injecting pressurized water with chemicals, upon which speculators have set their target, to our habitats’ terror and to organizations like Equo. A new bubble of wasteful spending and of impact made by promises once again unproven. We do not learn.

Maselli, who declares being influenced by the work of great artists such as Axel Hütte and Jem Southam in his way of focusing on landscape, has also approached photography with respect, respect for ancient crafts: after studying Fine Arts, he learned skills and aquired knowledge that allowed him to develop his own view as an assistant to several photographers in Spain. This way, step by step, until building his own language and his own universe, such as that of unreal landscapes that seem to be real, or like a Madrid beyond tourism, cliches or traditionalism, turning the city around in the artworks he did for Madriz ‘ magazine when it was still printed on paper, and that often became front cover.

“A sacred stone remains a stone, nothing makes it different from other stones, but for those to whom that stone is revealed as sacred, their adjacent reality is transmuted, in contrast, into supernatural reality”.

Maselli, who plans an exhibition in Mondo and Mad is Mad galleries this autumn, well explains what he tries to convey with his series of sacred natural places, from Garajonay and Teide in the Canary Islands, to Hoces del Duratón in Castilla, and Cap de Creus in Catalonia, which he denominated ‘Hierophany’: “The term ‘hierophany’ was coined by Romanian philosopher Mircea Eliade in his work ‘Treaty of History of Religions’ to refer to an awareness of the existence of the sacred when this is expressed through various objects of our usual cosmos: a mountain, a forest, a river, etc … It’s always about the same mysterious act: the manifestation of something completely different, of a reality that does not belong to our world, on objects that form a comprehensive part of our everyday world. All Hierophany entails certain paradox; an ordinary object becomes something else while remaining itself. A sacred stone remains a stone, nothing makes it different from other stones, but for those to whom that stone is revealed as sacred, their adjacent reality is transmuted, in contrast, into supernatural reality. In other words, to those who have a religious experience, nature as a whole is likely to be revealed as cosmic sacredness”. He continues: “My intention with this photographic project is to analyze, from a rational and empirical perspective, these natural places that were considered sacred by different cultures. The concept of Hierophany has allowed me to approach these sites as a researcher, to try to unravel the role played by landscape in our conception of religion. It is also interesting to realize the syncretism in many of these sites throughout history, from prehistoric cults (cave paintings) to the recent New Age trends … There are sites that have been shaped as sanctuaries for over 5,000 years”.

He concludes: “I carried out this project loaded with doubts, is there really “something” in these places? … If so, can nature be imbued with that ‘something’, as claimed by many currents? But I think the most important question is: Has nature inspired a religious feeling on man? I would like to transfer all these issues to the viewer. ” The result: a collection of landscapes portrayed with the objectivity of a documentalist –though not of a mentalist- but that emanate significance in their intangible power of attraction, of land becoming Earth.

Pablo Alemán, director of the artistic project ‘La Fundación’, has outlined it similarly: “Although a priori Maselli does not take sides, in my view he does not avoid the difficult task of exploring the possibility of that other dimension, portraying the immeasurable, the invisible, not with the fundamentalist attitude of the faithful or a parapsychologist, but with the desire to share with the viewer the emotion there is, as in art, in the fact of “interrupting” the usual way of looking at things to see them in a new way.”

And we add that, as in the film ‘The Life of Pi’, whether the viewer wants to see a god or not, nature is enough of a deity itself, that it demands respect, and this often, particularly in countries like Spain, seems hard to understand … And so we become agnostic suicides of the rhythms of the planet.