Inquiries about the sublime brings together works from the two series Annunciation and Tempests, dedicated by Fernando Maselli to a photographic investigation around the aesthetic category of the sublime, where he captures the most representative motifs of romantic painting: mountains, apocalyptic skies and storms in the ocean. These works, like the previous series Artificial Infinite, are not constituted by shots taken directly from reality but, instead, they offer landscapes that were recreated through a complex photographic staging. With these series, Maselli points at the appeal of the unassailable, the cravings that humans hold for the unknown strongholds of nature. These works embrace the fantasy of an original virginity facing the calamity that is suffered by those who believe that everything is already corrupted.

Always following the same formal strategies of photographic compositions, Annunciation is focused on the investigation of clouds and skies, where the concept of the Sublime and its interpretation in classical painting and its application to the religious sphere come together. Tempests is made up of images of waves, which, caused by the raging winds, break with force, generating apocalyptic visions, where the full force of nature can be perceived through the power of the elements. 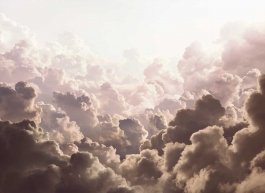 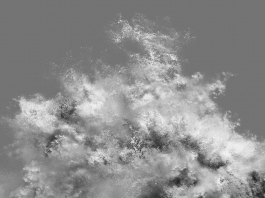 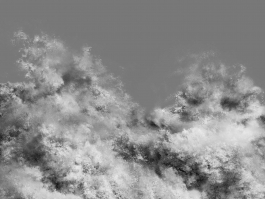